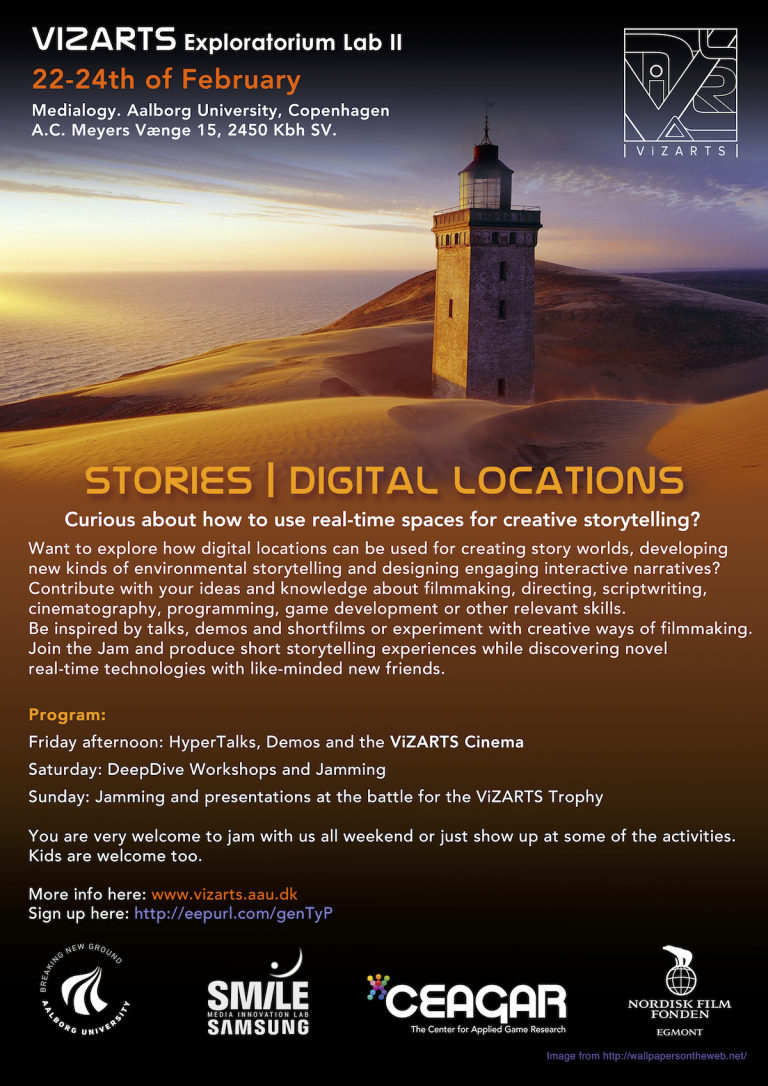 At the ViZARTS Lab II: ‘Stories and Digital Locations’ weekend in February, the challenge for the Jammers was to create storyworlds and environmental storytelling where the digital locations told stories without any characters.

These worlds were then created in real-time engines such as Unity, Unreal, Tvori, AnimVR and MotionBuilder.

The outcome of the Jam was different micro-storyworlds, which were inspired by the theme “What happened here?” and produced during the weekend.

Each of the one minute experiences were premiered at the ViZARTS Demo Festival and the productions included a Brain Computer Interface controlled story experience, A photogrammetry version of New York based on Google Earth images, animations done within AnimVR and a modern witch’s kitchen – realistic and in real-time.

We also experienced AAU Cph as an augmented story world, a environmental story set in a futuristic cafe and finally a sandy world where the viewer perspective changed in real-time using a Kinect sensor.

Before the Jam kick-off, guests were inspired by HyperTalks about 3D models made with Photogrammetry and 3D location scouting with 3D Scans using drones or Matterport. Other topics were games and interactive Experiences controlled with Brain-Computer Interfaces, as well as Story World Creation and the History of Environmental Storytelling in Games.

The HyperTalks also included the topic ‘Emotional Power and Magic Media’ and examples of Real-Time production Pipelines for creating StoryWorlds and the Magimask AR-tabletop – creating Film Sets in Augmented Reality.